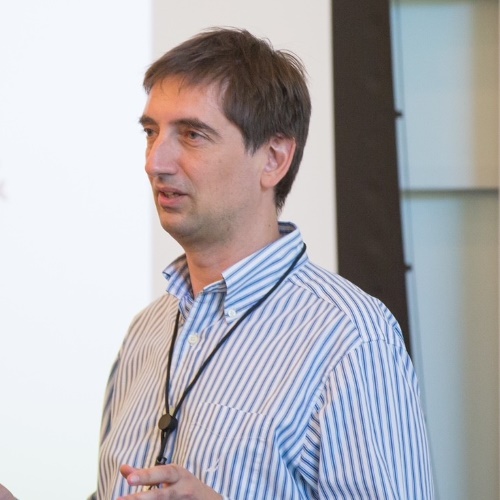 George Konstantinidis co-founded EXODUS in 1989 in Greece. EXODUS has been a pioneer in Multimedia software in enterprises in the early 90s, then was the earliest and latest producers of web applications having contributed in well-known applications like Piraeus Bank Winbank. Was also one of the first developers of mobile and business intelligence applications. EXODUS has received a number of international awards on product innovation, management and people excellence.

George Konstantinidis also co-founded and is currently the CEO of EXUS SOFTWARE a software company based in London that provides specialised software for Banks in 31 countries in Europe, Middle East and South East Asia.

He graduated in 1989 from the Electrical Engineering department of the National Technical University of Athens having majored in computer science. He lives in London, is married and has three adult children.