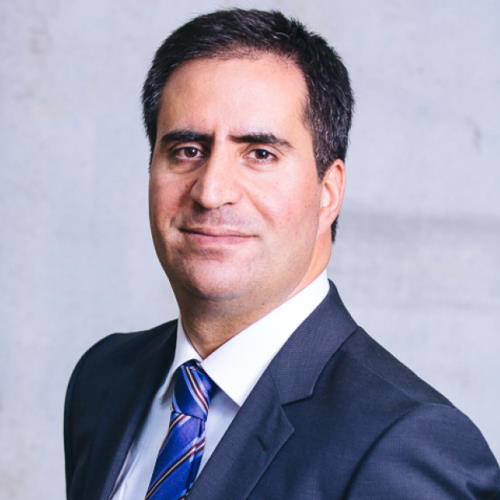 Before joining Broadcom Chantzos spent almost 16 years in various government affairs and legal roles in Symantec. During his last post with the Symantec he was in charge of the Government Affairs for the EMEA and the Asia Pacific Japan regions and the Global Advisor for Critical Infrastructure Protection and Privacy.

Before joining Symantec in 2004, Chantzos worked as legal and policy officer in the Directorate General Information Society of the European Commission focusing on information security policy. He covered the Council of Europe Cybercrime Convention and the Framework Decision on Attacks against Information Systems. In addition, he worked on a number of EU legislative initiatives relevant to information society and security, including directives on Privacy on Electronic Communications, the Data Retention Directive and the European Network and Information Security Agency (ENISA). He also represented the European Commission in various international debates and conferences.

Chantzos holds a law degree from the Aristotle University, a Master degree in Computers and Communication Law from Queen Mary College, University of London and a Master in Business Administration from Solvay Business School. He has also completed executive education at Lee Kuan Yew School of Public Policy in Singapore and at the JFK School of Government in Harvard. Chantzos is member of the Athens Bar Association. He served as Chairman of the Executive Board of TechAmerica Europe. He also served for four terms as Chairman of the European Policy Council of Business Software Alliance (BSA). He has represented Symantec at the NATO Industry Cooperation Platform and he has been a member of the Advisory Board of the European Network and Information Security Agency (ENISA) from 2006 until 2020. He is also a member of Europol’s European Cybercrime Center (EC3) Advisory Board. Chantzos is a member of the Young Global Leaders 2014 class of the World Economic Forum. He speaks English, Greek, Dutch and German.