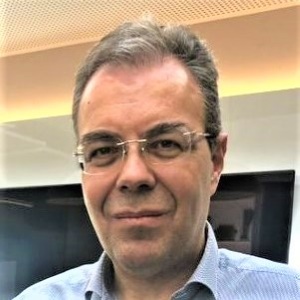 Zenon Mandralis is the Global R&D Head of Nestlé Professional, a Nestlé business, dedicated in delivering creative food and beverage solutions to the Foodservice Industry around the world, meeting the needs of operators and satisfying the tastes of the out-of-home consumer.

He joined Nestlé R&D in 1992 as Project Manager in the U.S.A. In 1998, he became Operations Manager at a NESCAFÉ factory in the U.K. and in 2001 he moved to Switzerland, as R&D Group Leader for Nespresso, delivering product range extensions and contributing to the establishment of the first dedicated NESPRESSO production centre. From 2004 to 2009 he led the design, development and launch of Dolce Gusto®, the first Nestlé multi-beverage system. In 2009 he joined Nestlé Professional and, in roles of increasing responsibility, led a global R&D team delivering innovations ranging from on-demand coffee roasting (Roastelier®) to plant based dairy and meat alternatives (Garden Gourmet®).